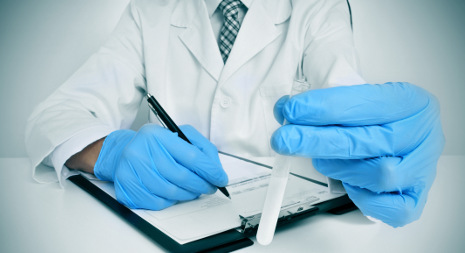 Doctors in Italy face fines of up to €600,000 for administering fertility treatment Sperm donor photo: Shutterstock

The controversial law has been in place since 2003, when Italy’s senate voted overwhelmingly to ban the use of donor sperm, eggs or surrogate mothers.

The law, one of the most restrictive in Europe, also banned single parents, same-sex couples and women beyond child-bearing age from having fertility treatment.

A court in Milan last week asked the constitutional court to rule on the law, saying that refusing access to fertility treatment for heterosexual sterile or infertile couples denied them the fundamental right to have a family.

Lawyer Maria Paolo Costantini who brought the case to the court said she was "delighted" and hailed Wednesday's ruling a victory for campaigners that has been years in the making.

"A conservative estimate is that 4,000 sterile couples went abroad in 2012 for a donor and in Spain 62 percent of couples seeking the procedure are Italian," she said.

Costantini said that donor-assisted reproduction could restart "immediately" with the re-introduction of rules that existed before the ban was introduced in 2004 and without the need for parliament to approve a new law.

The original law was introduced by then prime minister Silvio Berlusconi's centre-right government and was seen as a way of currying favour with the Church and winning support from Christian-Democrat voters.

Opponents described it as “medieval”, while supporters said it respected the right of the human embryo, preserved the family and ended years of unregulated fertility treatment.

Opinion polls suggest that most Italians would like to see the law  relaxed, Ansa new agency reported.

The current health minister, Beatrice Lorenzin, a former Berlusconi ally from the centre-right, said on Wednesday that the issue was "complex" and the rules could not be reinstated by ministerial decree alone.

"It requires wider approval in parliament," she said.

Costantini argued the ban on donations in Italy was a type of "discrimination" against couples compared to others with fertility problems who are able to use other means of assisted reproduction that are lawful.

"Going abroad is a huge cost… It also means there are no controls, particularly in Eastern Europe. For example it's hard to trace the donor if there is a genetic problem."

The Catholic Church, which is very influential in Italy, is opposed to donor-assisted reproduction but Costantini said Pope Francis appeared to show "a more understanding, less interfering approach".

Costantini said she and the other campaigners who brought the case had argued that the ban should remain in place for homosexual couples, for singles and for women beyond reproductive age.

Austria also bans the use of sperm donations and eggs, while France forbids single women and lesbian couples from fertility treatment. In Switzerland, sperm donation is only allowed for married straight couples.