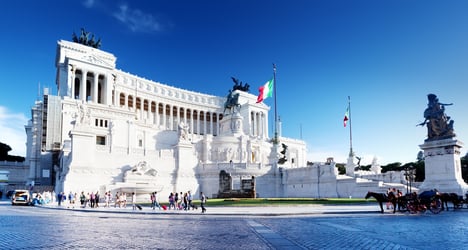 Rome has a budget deficit of €816 million. Rome photo: Shutterstock

The Italian government will on Thursday vote on a €570 million bailout package for Rome, proposed by Prime Minister Matteo Renzi in February. If politicians fail to agree on the cash injection, the Italian capital risks public services coming to a standstill, threatening the city’s plans for the upcoming canonizations, ANSA news agency said.

The city council on Thursday outlined its ambitious plans surrounding the April 27th events, when popes John XXIII and John Paul II will be made saints. They include longer metro opening hours, pedestrianization in the heart of the city and special edition bus tickets with photos of the former pontiffs.

SEE ALSO: How to become a saint in five not-so-easy steps

But the programme could be put in jeopardy if vital funds are not released by the government, ANSA quoted Rome Mayor Ignazio Marino as saying.

Ignazio travelled to Saudi Arabia in late March in a bid to secure a cash injection for the city.

The move could see the Middle Eastern country provide millions of euros to restore the city's neglected sites, including the Seven Halls, in exchange for loans of priceless artworks.

With a budget deficit of €816 million, Rome’s other public services such as rubbish collection are also under strain. The city council is also struggling to find the space for the capital’s waste following the closure of the Malagrotta landfill site, Europe’s largest, which shut indefinitely in October.