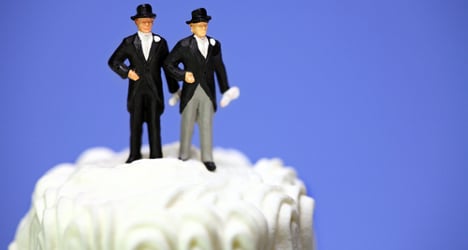 Francesco Verusio said he objected to the decision made by his own court in Grosseto, which on Wednesday ordered the city council to list a gay couple as married following their wedding in New York.

“Thankfully there is a judgement in the Court of Cassation that clearly says it can’t be done. We are preparing our objection for the court of appeal, which will be done as soon as possible,” Verusio was quoted in Corriere della Sera as saying.

Same-sex unions are not formally recognized in Italy, where the influence of the Vatican is often cited as a reason gay rights fall behind many other European countries.

The Catholic Church was quick to object to the Grosseto court’s decision, with the president of the Italian Bishops Conference (CEI) warning it would “sweep away the fundamental pillars of the institution of marriage”.

But the city council backed the ruling, with Mayor Emilio Bonifazi saying it “sets a historic precedent in the recognition of unions between people of the same sex in Italy.”