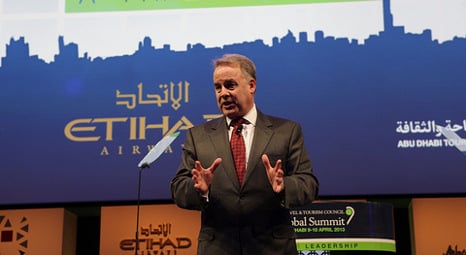 The Ansa news agency cited sources saying that a deal on could be in place "within hours".

On Tuesday Italy's Transport Minister Maurizio Lupi told a Senate hearing that Abu Dhabi-based Etihad had completed its assessment on whether to purchase a stake in Alitalia and that a draft deal could be imminent.

Italian business daily Il Sole 24 Ore also on Tuesday said Etihad was planning to buy a stake of around 40 percent, which would make it by far the
biggest shareholder in the carrier and respect the 49.9-percent limit for non-European airlines.

It also said Etihad could invest between €300 million and €500 million in return for a restructuring plan that would include up to 3,000 job cuts and an upgrade of infrastructure.

Alitalia in February reached a deal with trade unions for the equivalent of 1,900 job cuts and in September last year shareholders gave unanimous approval for a capital increase to save the airline from bankruptcy.

Etihad is expanding rapidly and has bought minor shares in several smaller carriers including Air Berlin and India's Jet Airways as it competes with
larger Gulf rivals Emirates and Qatar Airways.