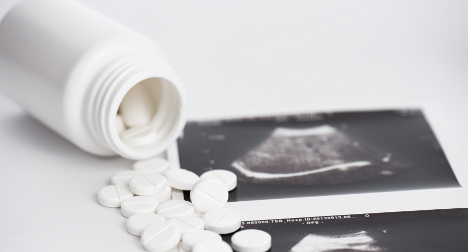 Doctors at Martini hospital in Turin hospital were unable to revive the 37-year-old from a cardiac arrest after she took the second part of the medication required to terminate the pregnancy on Wednesday night, La Repubblica reported.

An autopsy is being carried out on Friday morning to establish a link between the death and the RU486 pill, which has been available in Italy since 2009, La Repubblica said.

The drug is not sold in pharmacies and can only be administered by doctors.

The woman took the first stage of the drug, mifepristone, which blocks the hormone that makes the lining of the womb suitable for the fertilised egg, and two days later returned to the hospital to take prostaglandin, which causes the womb to break down and the embryo to be lost through bleeding.

Four hours after taking prostaglandin, the woman complained of not being able to breathe properly, La Stampa reported.

The drug works within four to six hours of being taken, according to the UK’s NHS website.

Atrial fibrillation, an arrhythmia that triggers an irregular heartbeat, was detected through an echocardiogram, but moments later her heart stopped, La Stampa said.

The woman, who had a four-year-old son, did not suffer from any known illness.

RU486 was first introduced in France over two decades ago.

An estimated 16 deaths have been linked to the drug, with the first reported case being in France in 1991, according to the US-based Life Issues Institute. Other known cases have occurred in the US, Australia, Sweden and Britain. Side effects include heavy bleeding and nausea.

Although abortion is legal in Italy, access to the procedure can be near-impossible for some women.

According to a UN report, 70 percent of healthcare professionals have invoked the conscience clause, which means they do not have to take part in abortions.

A woman from Rome is suing doctors for allegedly abandoning her to give birth in a hospital toilet, because they objected to her having an abortion.