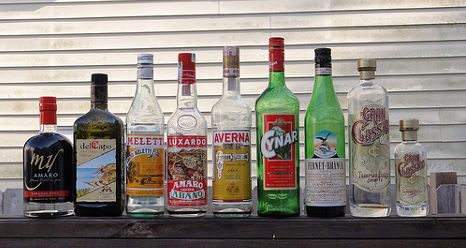 Campari is buying the owner of the Averna digestif brand. Photo: Editor B/Flickr

"With the purchase of the Averna Group we are continuing to improve our portfolio of premium products," Campari's chief executive Bob Kunze-Concewitz, was quoted as saying in a statement.

Family-owned Fratelli Averna, which is based in Sicily and was founded in the 19th century, also produces the Limoncetta and Grappa Frattina spirits brands.

The company's net revenue rose 3.1 percent to €61.8 million in 2013 and it exported 35 percent of its production, mainly to Austria and Germany.

Campari said the purchase would enable it to generate a "critical mass" on the German market but also aid the "potential for growth" in the United States, profiting from a trend of mixologist barmen using Italian spirits.

"There is growing interest from mixologists and US consumers for Italian amari and liqueurs," it said.

The Averna family said the purchase would "strengthen the process of internationalisation that we have begun in ever more complex and competitive foreign markets."

The Italian company, which owns around 50 brands including Skyy vodka and Glen Grant whisky and distributes in 190 countries, was ranked sixth in a report on the global beverage industry last month.