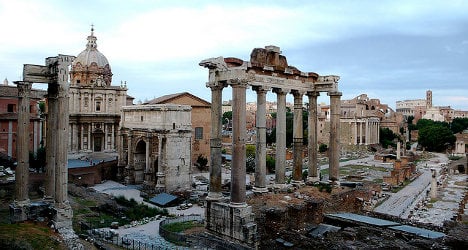 The incident happened shortly before 10am on Tuesday morning in the vicinity of Largo Salara Vecchia, central Rome, Il Messaggero reported.

According to reports, the 26-year-old man was standing on a parapet, a popular viewing spot for the thousands of tourists who visit the world-famous archaeological site each day.

Police and paramedics were called to the scene and the man was taken to San Giovanni hospital where he had an operation.

The cause of the fall is not yet known. Witnesses reported seeing the man lose balance, suggesting the fall could be due to a fainting spell.

Police are now examining CCTV footage from the area to reconstruct events.