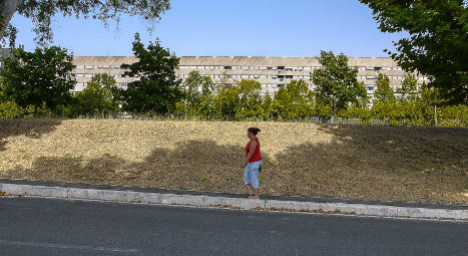 Police officers struck out with truncheons at some 200 protesters outside the building who were trying to prevent them from entering, and the squatters could be seen banging on pots on the rooftop.

Several people were injured, including one man seen bleeding from his head and a woman with a broken leg, and an AFP photographer saw the police entering the building — a former state-owned insurance agency.

Between 100 and 150 officers could be seen and there were around ten police vans in the area south of the city centre, which was entirely closed off to traffic.

"The eviction will go ahead. We will arrest anyone who opposes it," a Rome police spokesman told AFP.

The squatters are a mix of Italians and immigrants, many of whom lost their jobs in the economic crisis.

The government last month launched a new housing plan that promised to double rent subsidies for low earners to €200 million for 2014 and 2015, but it also cracked down on squatters' rights.

Critics say the subsidies are not enough and insist the government should do more to free up empty properties.