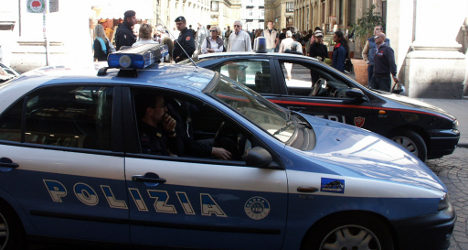 Police suspect the murder may be linked to a territorial dispute among rival parking attendants in the area. File photo: Flickr

The bodies of cousins Abdelhadi, 44, and Abdelhamid Berdi, 56, were discovered in a pool of blood on via Nizza, near the Molinette hospital in Turin, Corriere della Sera reported on Wednesday.

The alarm was raised by a security guard who saw one of the victims stagger and collapse after the attack at around 5:30am.

One of the men suffered four stab wounds to the chest and the other a single stab wound which perforated his lung. The murder weapon has not been found.

It is not yet clear if there was more than one attacker.

The victims, both from Khouribga, Morocco, are believed to have worked as unlicensed car park attendants in the area.

Abdelhamid Berdi leaves behind a wife and child.

According to La Stampa, the men carried out their business on via Cherasco in an area known for the activity.

Police suspect the murder may be linked to a territorial dispute among rival parking attendants in the area.

They are currently interviewing shopkeepers and residents in the area.