According to the story circulating in the Italian press and reported here, an Italian woman won a case in the European Court of Human Rights to have her son's baptism cancelled.

The story was published on numerous Italian news sites.

When contacted by The Local however, the ECHR said the story had no basis in fact.

The story claimed that the court not only condemned Italy for failing to acknowledge the woman’s right to oppose the baptism of her child but also for breaching the baby’s “freedom of thought, conscience and religion,” in accordance with Article 9 of the European Convention on Human Rights.

The reports had suggested the woman was against christening the baby but came under pressure from her husband to go ahead with it. After failing to have the baptism scrapped in the Italian courts, she took the case to the ECHR, newspaper Libero Quotidiano said.

Libero's editors told The Local they had pulled the story pending an investigation.

The reports also cited laws enshrined in Article 3 of the International Convention on the Rights of the Child,  and claimed the ECHR concluded that the sacrament of baptism “harms the interests of the child”. 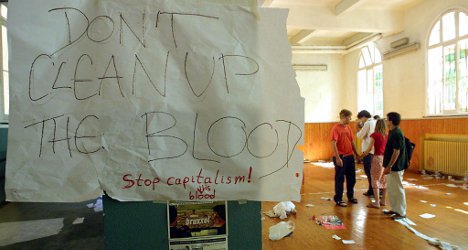