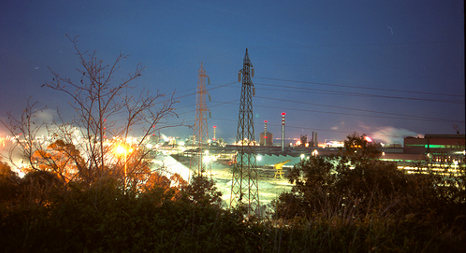 A blast furnace at the Lucchini plant in Piombino was shut down on Thursda. Photo: Matteo Bagnoli/Flickr

Emotional steel workers watched the shutdown at the Lucchini plant in Piombino on the Tuscan coastline, where production began in the early 20th century, as government sources said a rescue was being planned.

"The furnace is breathing its last in a surreal and dramatic atmosphere," said one worker, Lorenzo Fusco.

The plant gives work to 4,000 people including contractors and has been in trouble for years.

After an emergency meeting with Prime Minister Matteo Renzi on Wednesday, the governor of the Tuscany region Enrico Rossi said the "outline of an agreement" to save the plant could be signed on Thursday.

The environment ministry has promised €50 million to develop the site and the region has already allocated €60 million to finance a transformation of the plant and the port of Piombino.

Francis mentioned the plant at his general audience in St Peter's Square on Wednesday, saying he had received a video appeal from the workers.