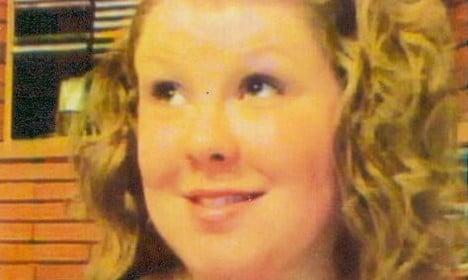 Claire Martin had been living in Italy for six years when she died. Photo: Martin family

Claire Martin, a mother of one, had been living in Grottaminarda, a rural village close to Naples with her Italian fiancé, Diego Mascolo, for six years until her life met a violent end on March 1st 2012.

That morning she left the home of Diego Mascolo’s parents, waved goodbye to her one-year-old son, Alex, and went off to work at a local restaurant.

But minutes later she was found dead outside the family home with ten stab wounds to her throat.

Claire’s parents in England woke to the devastating news late that night, with an urgent call from Diego Mascolo, who had rushed back to Italy from Germany where he was working.

Pat and her husband Ray flew to Italy and tried to piece together what had happened to their daughter, only to find a murder investigation transforming into a suicide case.

“Suicide was mentioned from the first day we were there,” Pat told The Local, citing “suicide-murder” headlines she soon saw appearing in the local press.

But nearly six weeks after Claire’s death, on April 13th, the Martins said they were told by police that the suicide theory had never been part of the investigation.

The family, however, remained wary of the way the investigation was going and they were particularly alarmed by being quizzed about Claire’s state of mind.

Their suspicions that the case was being treated as a suicide were not confirmed for over a year, when in June 2013 the local prosecutor closed the case and ruled that Claire had stabbed herself to death.

‘Our daughter was not depressed or suicidal’

With just days to appeal last year’s decision – after the request to archive the case was marked “non-urgent” – the Martins’ lawyer based in Naples, Carlo Morace, filed an objection urging the authorities to reopen the case.

Morace told The Local he was appointed as the family’s lawyer in September 2012, “unfortunately too late to actively take part in the investigation,” he said, and drew up the legal objection based on key gaps he found in the case work.

The family’s plea is due to be heard on Monday morning at the Benevento court, at which point the case could be closed for good.

“We hope that if the judge reads into the deed of objection that he will see that there are so many things that don’t make sense,” Pat said. “The truth will be lost forever if this case is closed.”

According to court documents, seen by The Local, the Italian authorities concluded that key pieces of evidence indicate that Claire could not have been murdered.

Her body had no injuries to show that she had tried to defend herself against an attacker, while the number of lighter wounds to her neck suggest she was nervous about killing herself, the public prosecutor concluded.

The two coroners originally assigned to the case – Giuseppe Vacchiano and Oto Macchione – stated that Claire was murdered. The latter however filed a new report soon after, in July 2012, in which he said it was possible that she had stabbed herself.

A third forensic expert, Maurizio Saliva, was brought in and declared that the evidence pointed to suicide, a conclusion supported by Italy’s scientific police in Rome (RIS).

When contacted by The Local, a spokesman for RIS said they could not discuss the case, while the Benevento court said any requests needed to be made in writing.

Maurizio Pompili, director of the Suicide Prevention Center in Rome, told The Local that although rare, he has come across cases of people killing themselves by cutting their own throat.

“It does happen, but not as often as you might expect,” he said, adding that this “very violent method of suicide” is more common among men than women. “If a person tries to commit suicide by cutting their throat they must be very determined,” Pompili said.

But Claire’s father said that if his daughter had wanted to take her own life, she had “enough medicine to kill a horse” at home and could have done so in a non-violent way.

Furthermore, the Martins are adamant that their daughter was not depressed or suicidal.

“There were no signs of Claire being depressed. She was going to work in the mornings, running a home, and spending quality time with Alex, who she loved to bits.”

Claire as a child, with her brother Paul. Photo: Martin family

Custody of Alex was given to the toddler’s father after Claire’s death and the Italian family is living in the Grottaminarda area.

According to Pompili, signs of postnatal depression are “really very clear”, with “low self-esteem, guilt, social withdrawal and low energy” being key signs.

“Sleep disturbance is also a very important sign – indicating that something is going wrong. Everyone can be aware of this,” he said.

‘We have to know the truth’

Aside from Claire’s mental state, the Martins argue that key pieces of evidence in the case were overlooked by police.

Investigators concluded that Claire used a knife from her own apartment to stab herself, picking a sharp blade that would not cause much pain, and hid the knife before dying.

Pat described the conclusion as “absolute rubbish”, while Ray said he did not believe the knife was owned by Claire. The couple visited her and her partner in January and February 2012, to celebrate Alex’s first birthday, during which time Ray said he sharpened all of the knives at their home.

“The photo of the knife that the officer showed me during my interview was not a knife that I recognized as being one from Claire’s apartment,” he said.

Additionally, forensics found a trace of male DNA on the handle of the knife, along with Claire’s, but concluded it was not sufficient to investigate further.

Such anomalies are part of a number of gaps identified by the Martins’ lawyer, including leads from locals’ statements that were not followed up, which the family hopes will convince the judge to order a fresh investigation into Claire’s violent death.

If their plea fails on Monday, the Martins have vowed to take their fight to the British Foreign Office and demand help from their own government.

“I will knock down doors, I will not give up,” said Pat.

“She didn’t commit suicide, she was murdered. We have to know the truth.”