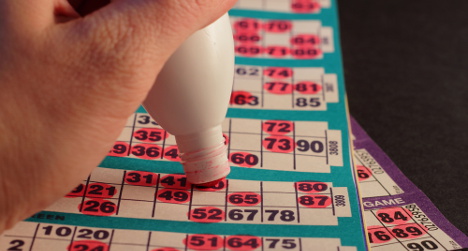 Around 800,000 Italian children and teenagers between the ages of ten and 17 – 20 percent – have gambled, according to a national survey conducted by the Italian research institute Datanalysis on gambling and minors.

Moreover, a total of 400,000 children between the ages of seven and nine staked their pocket money on lotteries, sports betting and bingo, the study found.

“For the youngest ones it’s bets on lotteries, bingo and scratch cards,” Giuseppe Mele, the president of SIMPe and Paidòss, was quoted as saying by La Repubblica. “It’s often the grandparents, who take care of them while their parents are at work that accompany them.

“The activity is considered ‘normal’, fun and thus tolerated and practiced without any problem. However, in the case of older [children], access to betting is simple and immediate and takes place in complete autonomy.”

Parents in particular are to blame, according to the study.

Although 75 percent of the 1,000 parents questioned said they would take action if they found out their child gambled, 90 percent said they were not even familiar with gambling addiction.

Mele described the attitude of parents as “ambivalent and worrying”, pointing out that a child who gambles their pocket money is likely to gamble their salary as an adult.

Unbridled access to the internet was also identified as a risk factor, with 51.3 percent of parents admitting to not using filters on their computers to stop their children accessing inappropriate sites.

“Minors surf [the web] freely without regulations or limitations on internet sites of all different kinds,” Mele said.

As well as appealing to parents, SIMPe is also campaigning to stop all television advertising for gambling as well as gambling apps which are freely available to smartphone users.