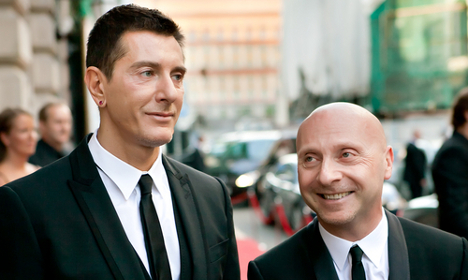 The designers were found guilty of €200 million worth of tax evasion, through the creation of a shell company in Luxembourg in 2004 and 2005.

The ruling goes against a call last month by Milan’s prosecutor general, Gaetano Santamaria, who said that the charges should be dropped as “the case is invalid”.

Santamaria said the earlier conviction went “against good sense” and that although the designers’ choice to create a Luxembourg firm may be frustrating for Italians, it does not mean the pair are lawbreakers.

“It’s a sentence that leaves me speechless. We will appeal to the [Court of] Cassation,” he was quoted in Il Sole 24 Ore as saying.

Under Italian law Dolce and Gabbana’s sentence cannot be carried out until it is confirmed by the Court of Cassation, the country’s highest court.