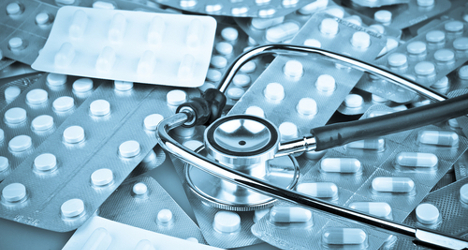 Domenico Di Giorgio, the director of the prevention of counterfeiting at the Italian Medicines Agency, the pharmaceutical watchdog, said that “organized crime is certainly involved” in the racket, which has raised concern among pharmaceutical professionals that the drugs may be inefficient or even deadly.

Di Giorgio's agency is currently carrying out an investigation into the matter along with the Italian antifraud squad, the Nuclei Antisofisticazioni e Sanità Carabinieri.

“There’s a central structure apparently based in Italy that commissions thefts of medicines in hospitals," he was quoted by the newspaper as saying.

The WSJ reported that the Camorra, the mafia clan originating from Naples, and Eastern European groups, which includes a Russian citizen based in Cyprus, appear to make up the criminal network.

A person familiar with the investigation told the newspaper that the drugs were stolen from hospitals or distribution trucks in Italy and transferred to a licensed Italian wholesaler, who received invoices for the medicine from fake wholesalers set up in Hungary, Romania and Latvia.

The WSJ also learned from one pharmaceutical company official that, on average, five cargoes of the company's products disappeared from Italy each month.

In mid-April, the European Medicines Agency warned that vials of Roche Holding’s anti-cancer drug, Herceptin, stolen from Italy, had re-emerged, contaminated, in the UK, Germany and Finland. Drugs made by Eli Lilly and Merck have also been stolen.