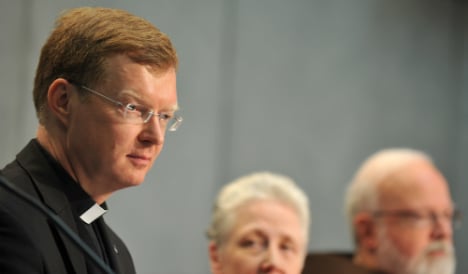 "In time, we will propose initiatives to encourage local responsibility around the world and the mutual sharing of 'best practices' for the protection of all minors, including programmes for training, education, formation and responses to abuse," the eight-member panel said in a statement.

"We see ensuring accountability in the Church as especially important, including developing means for effective and transparent protocols and processes," said the panel, which includes prominent Boston Archbishop Sean O'Malley and Irish abuse victim and campaigner Marie Collins.

The Vatican has been more proactive in investigating allegations of abuse and listening to victims in recent years and has promised zero tolerance for abusers.

But it faces a backlog of thousands of cases and has been criticised for failing to do enough to punish predatory priests or the senior clergymen who covered up for them.

Speaking to reporters after a three-day meeting of the panel at the Vatican — their first since Pope Francis set up the panel in March — O'Malley said there must be zero tolerance both for "those who perpetrated the offences" and "those who were negligent" in bringing them to justice.

"We want to make sure to have clear protocols… to make people accountable," he said.

In reply to questions, he did not elaborate on how abusive priests and those who protect them could be more effectively handed over to local law enforcement.

This was a key demand contained in a February report by the UN Committee on the Rights of the Child.

The committee called on the Church to remove all clergy suspected of raping or molesting children "and refer the matter to the relevant law enforcement authorities for investigation and prosecution purposes".

On Monday and Tuesday the UN Committee Against Torture will hold hearings on the Vatican, which campaigners see as a fresh chance to examine the Catholic Church's record on child sexual abuse by priests.