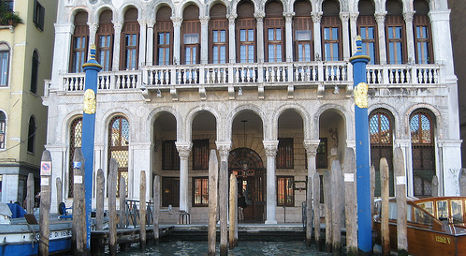 The police officer killed himself at a police station in Venice (not the one pictured). Photo: PirateAlice/Flickr

Giovanni Paties, 53, died instantly after shooting himself in back of the neck, the news website La Nuova di Venezia e Mestra reported.

He is said to have shot himself shortly after starting an afternoon shift at the police station in the Santa Chiara area of Venice. Colleagues heard the gun shot but were unable to save him, the website said.

Paties, a married father-of-three, is said to have been a well-known officer in Venice, with colleagues describing him as a “good policeman, and a fantastic and brave person” who was always "ready to have a joke".

Police said the suicide was motivated by “personal reasons.”

“I can’t understand what would have driven this. I wonder if anyone tried to help, or noticed anything,” a fellow officer was quoted as saying.

Italy’s suicide rate has risen in recent years, with 119 people taking their own lives between January and October 2013 – a 40 percent increase on the same period in 2012, according to a study in November by LinkLab, the centre of socio-economic research at Link Campus University in Rome.

In April, a 12-year-old girl from Lecce in the southern Italian region of Puglia saved her father from suicide after reading a "desperate" text message from him.