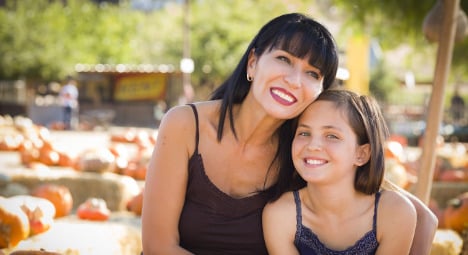 Italy just missed the top 10 by one place, coming 11th in Save the Children’s 2014 State of the World’s Mothers report, up from 17th place last year.

The number one spot went to Finland because it performed well on all five of the organisation's criteria: maternal health, educational status, children's wellbeing, economic status and political status.

Italy did well in the political status category thanks to a 10 percent increase in the number of women in politics over the past year.

But despite the improvement, Christine Lagarde, the head of the International Monetary Fund, said in April that Italy has done little to promote the role of women in the workplace.

READ MORE HERE: Lagarde: 'Italy does little to get women into work'

Finland was followed by Norway, Sweden, Iceland and The Netherlands.

Apart from Australia, which ranked joint ninth with Belgium, the rest of the top 10 was dominated by other European countries including Denmark, Germany and Spain.

Somalia regained the bottom place from Niger, which was ranked worst in 2013.

Tove Wang, Secretary General of Save the Children, said the gulf between the worst-performing country, Somalia, and Finland was "striking", with one in sixteen Somali women dying in childbirth, 15 percent of Somali children dying before age five, and with a Somali child receiving an average of just two and a half years schooling.

"In Somalia, located at the very bottom of the list, there has been conflict for decades, and there has been little focus on building up basic services," she said. "There must be a security situation that makes it possible to build a robust health system. It has failed in Somalia because of the situation there."

The organization warned that the United States's performance was deteriorating rapidly, slipping from the top ten early in the ranking's history to 31st place today.

"The health of American mothers and children is falling behind," the report warned. "The United States is among the countries that has made the least progress since 2000 on maternal and child survival."