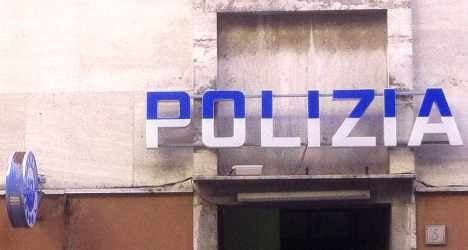 Investigators have not ruled out that there could be more cases linked to the killing. Photo: Rosie Scammell

On Wednesday, police confirmed that they are hunting for a serial offender targeting prostitutes in Florence after the same DNA was found in three separate cases investigated in connection with the latest killing, Italian news agency Ansa reported.

The DNA, which was discovered on the tape used to bind the women, concern a case from July 17th 2011 in Calenzano, a case from March 28th 2013 in Ugnano and another from February 21st 2014, also in Calenzano.

Police are also investigating possible links with four other cases dating back as far as 2006.

One of the cases under examination involved a 46-year-old female prostitute, who last March reported being raped, robbed and tied with tape by a client on the same road after being approached by a customer in the northern outskirts of the city.

But investigators have not ruled out that there could be more cases linked to the killing.

The Dna breakthrough comes after it was reported that the tape used to bind the woman may provide vital clues to the identification of her killer.

According to reports on Tuesday, the tape has an inscription which links it to the Careggi hospital in Florence.

The body of 26-year-old Romanian prostitute Andrea Cristina Zamfir was discovered by a cyclist under a bridge below the A1 motorway in the Ugnano district, on the western outskirts of the city on Monday.

Her body had been bound taped to a horizontal bar, with her “arms outstretched as if she had been crucified”. She was still wearing her shoes and the rest of her clothes were discovered around half a mile away on the same road.

She had been raped with an object – probably a pole – and left to die.

On Wednesday, it was confirmed that the woman had died of an internal hemorrhage following an autopsy at the Institute of Legal Medicine in Careggi.

Police fear that a serial killer similar to the notorious so-called ‘Monster of Florence’ or 'Il Mostro' in Italian, who killed 16 people in the city between 1968 and 1985, could be responsible.

The killer, who mostly targeted couples, was never caught.