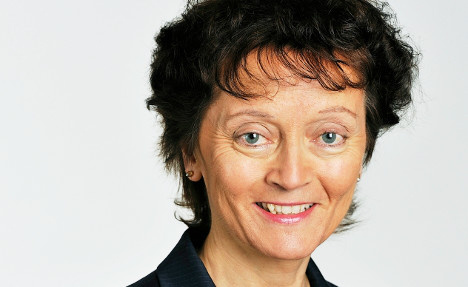 Widmer-Schlumpf made the comment during a meeting with the cantonal government of Ticino on Wednesday, broadcaster RTS reported.

The federal cabinet minister said that cross-border workers, known as “frontaliers”, who live in Italy currently pay Swiss tax rates, deducted at source, which are lower than those paid in their home country.

If they were forced to pay Italian taxes this would make it less attractive for frontaliers, she said, according to the RTS report.

Over the long term, frontaliers living in Italy should only pay Swiss taxes if their homes are within 20 kilometres of the Swiss border, Widmer-Schlumpf said.

All other frontaliers living in Italy would be taxed at Italian rates under such a scheme, which is currently being negotiated with Italy, she said.

Concerns have been raised about the rapid increase in frontaliers, exacerbated by the relatively cheap cost of living in European countries bordering Switzerland.

Widmer-Schlumpf emphasized that she did not want to jettison the entire agreement with Italy on frontaliers, as Ticino politicians have demanded, but to modify it by addressing the taxation issue.

At the end of 2013, a total of 278,500 frontaliers were working in Switzerland, a 3.8 percent increase from the previous year, the federal statistics office said.

More than half of them live in France, with around a quarter living in Italy and a fifth in Germany.

This story first appeared on The Local Switzerland