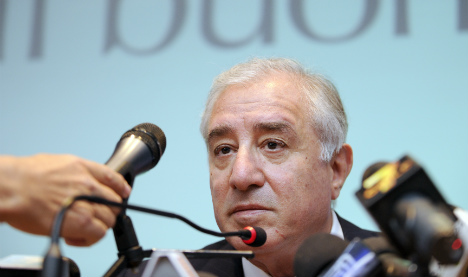 Marcello Dell'Utri was arrested in Lebanon last month after police in Italy issued a warrant for his arrest saying he was a possible flight risk.

The high court decision against Dell'Utri concludes a legal case that has lasted for more than two decades.

The 72-year-old led the advertising arm of Berlusconi's media business empire, and helped his political debut with the foundation of the Forza Italia (Go Italy) party in the early 1990s.

Prosecutors allege that Dell'Utri used his mafia connections to buy protection for Berlusconi as the media magnate rose to political prominence.

On Friday Berlusconi himself began community service for tax fraud. marking a spectacular fall from grace after years of narrowly avoiding being caught out by the law.

The legal demise of both the ex-premier and Dell'Utri is seen as part of a slow-moving disintegration of Berlusconi as a political force, with his Forza Italia party divided by bickering and legal trouble.