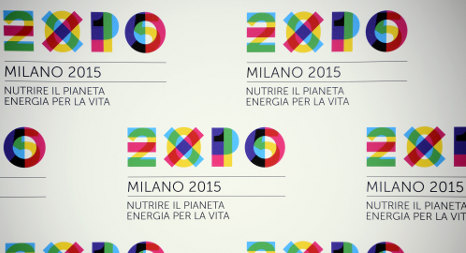 The Milan Expo's theme is nutrition and it was intended to showcase Italy's know-how in food and agriculture. Photo: Oliver Morin/AFP

"People who steal should be arrested but that does not mean we should stop the work," Renzi said during a visit to Milan where the latest edition of the Universal Exposition is to open in May 1st, 2015.

"We don't stop public works in the face of corruption. The state is bigger and stronger than the thieves," Renzi said after six businessmen and intermediaries were arrested over alleged shady dealings on the Expo.

One of those arrested is Angelo Paris, the former head of works for Expo, and two of them have prior convictions linked to the far-reaching "Bribesville" political corruption investigations in the 1990s.

The scandal comes just a month after a similar investigation linked to Expo in which eight people were placed under investigation for bribes for tenders.

The Milan Expo's theme is nutrition and it was intended to showcase Italy's know-how in food and agriculture, with a total 145 countries saying they will take part.

Total construction contracts for the event are estimated at €1.35 billion ($1.85 billion).