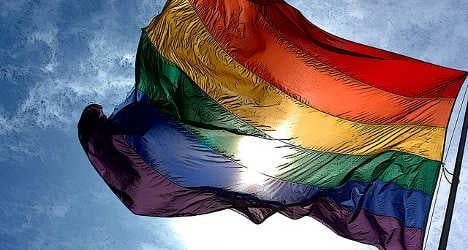 Italy advanced just six percentage points since 2013, according to the ranking, lagging far behind major western European nations including the UK, Spain, France as well as Montenegro, Slovenia and Serbia in eastern Europe.

The Rainbow Europe Map reflects 49 European countries’ legislation and policies that have a direct impact on the enjoyment of human rights by lesbian, gay, bisexual, transexual and intersex (LGBTI) people.

Italy is also the only country in western Europe that does not offer any form of rights or protection for the LGBTI community.

There was a glimmer of hope last September when the lower house passed a bill outlawing discrimination or acts of violence on the grounds of homophobia or transphobia.

On the day of the vote, politicians from the insurgent Five Star Movement staged a same-sex kiss-in with one another, with the proposal being approved with 288 votes in favour and 57 against.

Despite the progress, the adopted bill was criticized by LGBTI activists for having loopholes that will continue to allow anti-gay hate speech to go unpunished following an amendment by opposing MPs to create an exception for conduct within any sort of organization, including political, educational, health, cultural, unions and those that provide religious or worship activities.

The bill still has to be put to the Senate, with some observers saying it will never be made law.

The issue of homophobia in Italy came to the fore last October after the suicide of a teenage boy in Rome, who jumped from his 11th balcony over his sexuality. There were two other reported cases of teens killing themselves for the same reason within the previous year.

Although proposals have been put forward for creating civil unions for same-sex couples, Italy is yet to make any provision for this kind of relationship, unlike other European nations including France and Spain.

The UK topped the list for LGBTI rights, followed by Belgium, Spain, The Netherlands and Norway, while Ukraine, Monaco, Armenia, Azerbaijan and Russia were in the bottom five.

Gabi Calleja, co-chair of ILGA-Europe’s Executive Board, said that "while the human rights of LGBTI people have undoubtedly gained great visibility across Europe, progress in terms of real legal, political and social changes vary considerably from one country to another, in large part depending on levels of societal acceptance, of political leadership and political will, as well as the strength of civil society in a given country.”