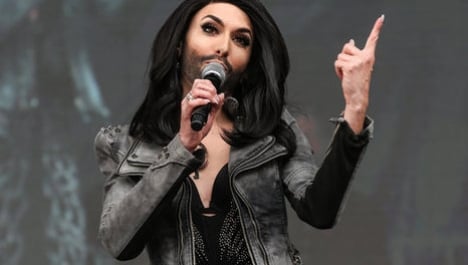 Gasparri, also a senior member of Silvio Berlusconi’s Forza Italia party, said in a tweet published by the Huffington Post that Conchita Wurst is “despicable” and that the “media chorus” sounding her is “shameful”. “How disgusting,” he added.

He later added that the bearded Wurst, whose eye-catching performance won the competition in Copenhagen last Saturday, is a “horrible spectacle” and “should disappear”. His comments immediately attracted the ire of fellow tweeters, prompting a flurry of response, with one saying: “I get you Mauri, I have the same feelings every time I see you on television, only you shave.”

Another said: “Were you not taught as a child that the word ‘schifo’ (disgusting) should not even be used for food. It’s shameful that we pay you.”

Gasparri's condemnation of the singer is also in line with that of Russian MP Valerii Rishkin, who earlier this week reportedly said Russia must leave Eurovision 'immediately' following Wurst's victory and set up its own 'straight' equivalent.

Wurst, 25, has become the toast of Austria, a symbol for tolerance, and an icon for a more open world since winning – but she has also received hate mail and death threats.