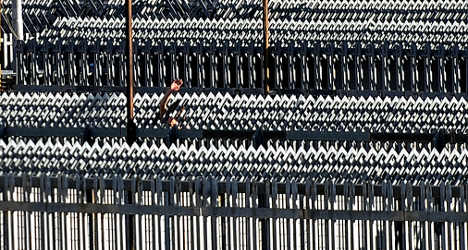 Around a third of the 780 people detained at the facility in Castelnuovo di Porto, north of Rome, joined the protest on Thursday morning, La Repubblica said.

Police were brought in to break through the barricaded entrance and reportedly used a water hose to dispel some of the protesters, who threw stones at police officers, the newspaper said.

The protest was sparked by plans to introduce a card system to replace the €2.50 allowance given to each person at the centre, Vincenzo Lutrelli, centre director, was quoted as saying.

But Angiolo Marroni, from the regional prisoners' rights organization (Garante dei Diritti dei Detenuti del Lazio), said that the protest was a sight of poor treatment of immigrants in detention.

“Centres of identification and expulsion (Cie) continue to be real places of desperate detention, where the recognition of fundamental rights is fleeting,” he was quoted in La Repubblica as saying.

Earlier this week a Tunisian man at the Ponte Galeria immigrant detention centre, also in Rome’s Lazio region, sewed his mouth shut in protest at his treatment. His protest is the latest in a series of such desperate acts by people at the centre.

The 35-year-old man was stopped by authorities in Luxembourg and sent back to Italy under EU law, which rules immigrants must stay in the first European country they arrive in, La Repubblica reported.

Marroni said his removal to Italy and subsequent protest “demonstrates what [Interior Minister Angelino] Alfano has said; that the problems of immigration and political asylum need to be confronted by the whole of Europe.”

On Tuesday Alfano threatened to disregard European law and allow new arrivals to travel freely across Italy’s borders, unless the EU upped its efforts to help deal with the increasing number of boat migrants.

In the first four months of this year Italy has seen an 823 percent increase in the number of arrivals compared to the same period in 2013, the government said this week.

Around 36,000 migrants have landed on Italy’s shores so far this year, including some of the 2.7 million refugees of the Syrian civil war. 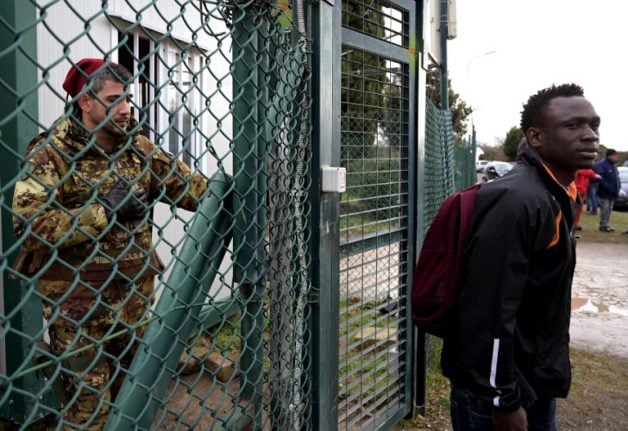 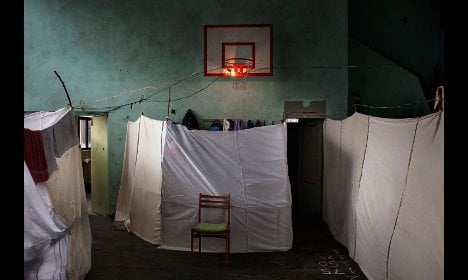