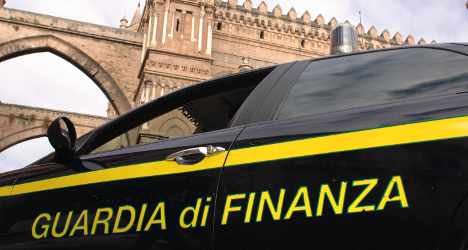 Paolo Romano, arrested on Tuesday, allegedly “threatened serious consequences" if the health director did not agree to his wishes. Photo: Guardia di Finanza

Romano is accused of trying to coerce Paolo Menduni, director general of the local health authority (ASL) in Caserta, into moving his friends into key positions within the health service.

The regional president “has for a long time abused his position, exerting improper political pressure and threats,” Public Prosecutor Corrado Lembo said in a statement.

Romano “threatened serious consequences if [Menduni] did not go along with his wishes,” the prosecutor said.

The charges specifically relate to a series of meetings, in which the regional president allegedly “often referred to a sort of political agreement” which dictated divvying up appointments in public administration.

Lembo has accused Romano of ordering the health director to revoke appointments and instead nominate the politician's trusted supporters, moving them “into a fundamental and strategic sector” which also formed part of his election strategy.

Romano’s arrest on Monday follows the collection of testimony from numerous health sector workers, who spoke of “a very hostile climate” and an “attack from the political top”, the prosecutor said.