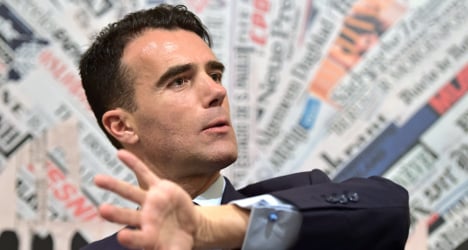 Gozi said EU countries should “begin to experiment” with new ways to manage asylum requests, following a sharp rise in the number of claims in Italy in recent months.

“If people arrive in Italy, we should look to see where they want to go, search together and begin to allocate [asylum places],” he said on Tuesday, during a conference with journalists to outline the Italian government’s plan for its EU presidency later this year.

“Abandon the different national asylum systems and look to converge them,” Gozi said.

The Democratic Party (PD) politician was speaking as the immigration debate comes to the fore in Italy, following a spike in people arriving by boat on the country’s southern shore.

On Tuesday, the Italian navy rescued two boats, packed with more than 500 migrants and 133 children, off Sicily.

In response to the increase, coupled with the drowning of more than 400 migrants in October, the Italian government launched its "Mare Nostrum" ("Our Sea") operation patrolling the Mediterranean. Gozi on Tuesday suggested Mare Nostrum should be transformed into an “EU operation”, warning of the dangers of ignoring Italy’s immigration problem.

“If we have a problem…evidently we cannot manage it alone. Also because 90 percent of those who arrive in Italy don’t want to stay here,” he said, citing a rise in asylum requests in Sweden as an example of the broader challenge to the EU.

“Evidently, if we don’t confront the problems at the EU’s borders, Sweden will have many more problems with its concentration of asylum claims,” Gozi said.