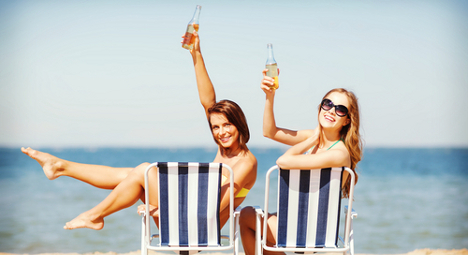 Summer temperatures arrived on Tuesday and were set to reach between 32C and 34C by the end of the week. Beach photo: Shutterstock

Summer temperatures arrived on Tuesday and were set to reach between 32C and 34C by the end of the week in the south and centre of the country, according to Italian media reports.

According to forecaster 3bmeteo.com, Sardinia will be the hottest place in the country on Wednesday as temperatures in Nuoro reach 30C.

Thursday will see other parts of Italy basking in even hotter temperatures, with 31C forecast for Bologna and the same high forecast in parts of Rome’s Lazio region.

The heatwave is due to continue until Saturday, with beach trips expected to be cut short on Sunday by thunderstorms, La Stampa said.

Northern Europe will also warm up, with forecasters predicting 30C in Germany this week. As in Italy, the summer spell in Germany is due to come to a stormy end over the weekend.

But while the heatwave will be welcome news for sun worshipers, recent hot weather has been causing problems elsewhere in Europe.

Some regions of Spain are in the midst of the most intense dry spell in 150 years, which has now dragged on for eight months. A recent study found the country’s droughts were becoming more frequent and intense.