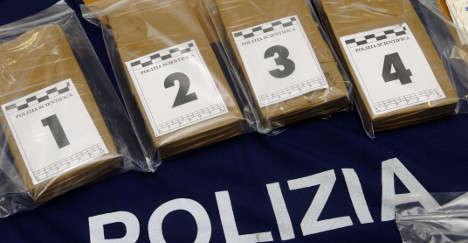 The Istat agency said the calculation would also include revenues from contraband tobacco and alcohol, adding that the procedure would be "very difficult for the obvious reason that these illegal activities are not reported".

"The concept of what is illegal activity is also open to different interpretations," Istat said in a statement explaining the new method of calculation in accordance with new European Union rules.

The Bank of Italy in 2012 estimated the value of the criminal economy at 10.9 percent of GDP. Theoretically, that could mean Italy's GDP result coming in far higher than the government's 1.3 percent growth estimate.

Eurostat earlier estimated the average increase due to the new calculation would be 2.4 percent, with the highest rises for Finland and Sweden at 4-5 percent followed by Austria, Britain and the Netherlands at 3-4 percent.

The increase for Italy would be around 1-2 percent.

The "grey economy" of businesses that do not pay taxes is already calculated in Italy's GDP and was estimated to be worth between 16.3 percent and 17.5 percent of the economy in 2008 – the last year for which the calculation was made.