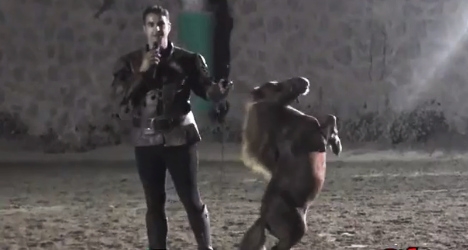 The men were arrested on Thursday morning and face charges of theft, extortion and receiving stolen goods, Rai News said.

They are accused of cutting into a pony enclosure where Charly – who at 63-centimetres tall is the world’s smallest pony – was resting ahead of a horse show, making off with him across a field.

At the time, the theft was described by Angelo Capecci, president of the Città di Castello horse show, as a “very serious criminal act that offends and humiliates all in the horse world.”

After a desperate plea for help by owner Bartolo Messina attracted international attention, Charly was found a week later more than 300km from where he disappeared.