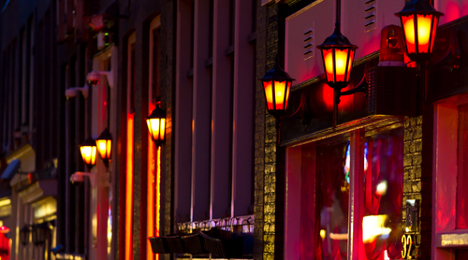 The Rome mayor said he is "in favour of zones where prostitution is allowed". Red light district photo: Shutterstock

Marino said on Thursday he is “in favour of zones where prostitution is allowed and zones where it isn’t,” although added that as mayor he did not have the power to open a red light district in Rome.

“This overflow of prostitution doesn’t only damage the decorum of the city, but it is a great cause of public annoyance in some neighbourhoods,” he was quoted in Corriere della Sera as saying.

His rethink on regulation of the sex trade follows calls by Matteo Salvini, a Northern League (Lega Nord) politician in Milan, to open a red light district in Italy’s financial capital.

“Open a brothel in my neighbourhood and under my house. I don’t see any problem,” Salvini said in March. A month later Lombardy’s regional council, based in Milan, backed a referendum which could pave the way for reopening brothels.

But while plans to bring prostitution into the legal economy are getting support among some politicians, others are less supportive of reform.

“After undoing the drug law, a red light district. The hippy Mayor Marino really sees himself as living in a comune,” he was quoted as saying, referring to the mayor’s earlier comments on decriminalizing cannabis use.