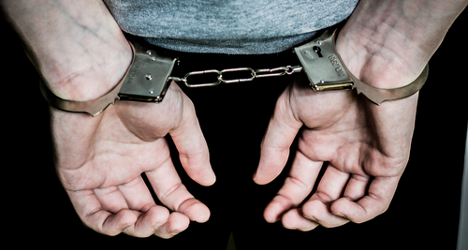 The bouncer was arrested at home on Sunday night. Handcuffs photo: Shutterstock

The 51-year-old bouncer was arrested at his home on Sunday evening, the night after the attack, AGI said.

The man reportedly met the 22-year-old woman while she was on a night out in Monterotondo, in the province of Rome. After she was left alone by her friends the bouncer allegedly convinced her to go home with him where he attacked her, the news website said.

The woman was reportedly found by police officers the next morning, in a confused state, who took her to the police station and on to hospital.

Police then went to the man’s house where he was arrested and DNA samples were taken. The samples will be analyzed by Rome’s scientific police (RIS), AGI said.