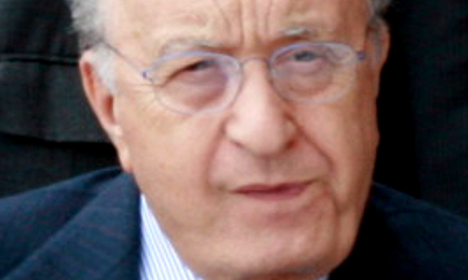 Ciriaco De Mita won 77.3 percent of Sunday’s vote in Nusco, a village in the southern Campania region, according to government figures released on Monday evening. With turnout at 49.0 percent, 2,903 villagers voted for the former Christian Democrats leader.

The new mayor’s victory comes 58 years since his first election bid in Nusco, in 1956, Rai News said. His success this time round came thanks to an “old-style” door-to-door campaign, according to the news website.

Following his election De Mita, who was Italy's prime minister between 1988 and 1989, dismissed claims that he may be too old for political office. “Without memory of the past, you cannot build the future,” he was quoted in La Repubblica as saying.

The former prime minister first became an MP in 1963 and during the 1970s was minister for industry, external trade and later southern Italy. He has also served three terms as an MEP, spanning four decades, most recently from 2009 to 2014.

Local elections on Sunday were held in some parts of Italy to coincide with the European Parliament vote, won in Italy by Prime Minister Matteo Renzi’s Democratic Party (PD).

Following the elections Renzi’s successor as mayor of Florence was named as Dario Nardella, who had been acting mayor since his successor became prime minister in February.

In southern Italy tragedy struck as one mayor reportedly died after celebrating his election victory. Pasquale Landro, 59, had a heart attack in Zambrone during a street party with supporters, Il Messaggero reported on Tuesday.