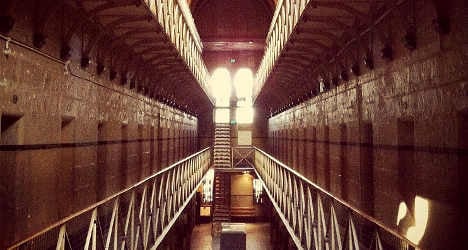 Italy has been condemned by the European Court of Human Right for prison overcrowding: Photo: Portengarund/Flickr

Although some progress has been made to ease overcrowding – there are now 59,683 inmates in Italian prisons compared to 66,028 last June – the figure is still above the legal capacity of 44,329 places, while living conditions are still bad, Antigone was cited as saying by Il Fatto Quotidiano.

The watchdog found cases of “scabies” during recent prison visits, as well as a “lack of activities” for inmates and “a lack of space for rehabilitative treatment and socializing”.

In January last year, the European Court of Human Rights ruled that overcrowding in Italian prisons “violated basic human rights” and ordered the government to pay €100,000 to seven inmates who brought the so-called Torreggiani case over cramped living conditions. The court also gave Italy until May 28th 2014 to rectify the issue.

The court has received over 6,829 complaints relating to inhumane conditions, with a report by the Council of Europe in late April revealing that conditions in Italian prisons were worse than those in Serbian jails.

The report also said the rate of suicide in Italian prisons is one of the highest in the EU, second only to France. In 2011, 63 inmates killed themselves, while in France 100 detainees took their lives.

The report came a month after Italy’s Justice Minister Andrea Orlando signed an agreement to have Moroccan convicts sent back home, in a move aimed at tackling overcrowding.

Plans have also been pitched in Calabria that could see prison time reduced if inmates read more books..

The most overcrowded prisons are in Puglia, followed by Liguria, Veneto, Lombardia and Lazio, according to Antigone.