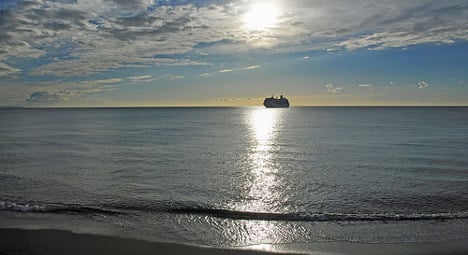 A total of 5,511 bathing spots across Italy were assessed. Photo: Dennis Jarvis/Flickr

The annual bathing water quality report found that 87.2 percent of Italy’s beaches, lakes and rivers were of “excellent” quality, compared to 83.3 percent in Spain and 72.4 percent in France – ranking them among countries with the poorest quality. The results put Italy in seventh place among 30 countries assessed.

A total of 5,511 bathing spots – representing 25 percent of all sites across Europe – in Italy were tracked.

Italy’s performance has steadily improved since 2010, the report showed. Eighty-eight percent of sites assessed were along the coast, while 12 percent were inland.

But the best bathing areas in Europe are in Cyprus and Luxembourg, where all sites were deemed “excellent”, followed by Malta, Croatia, Greece, Germany and Italy.

"It's good that the quality of European bathing waters continues to be of a high standard. But we cannot afford to be complacent with such a precious resource as water,” Environment Commissioner Janez Potočnik said in a statement.

“We must continue to ensure that our bathing and drinking water as well as our aquatic ecosystems are fully protected."

Italy’s beaches often shine in surveys. Earlier this year, Rabbit beach on the island of Lampedusa, off the Sicilian coast, was hailed the best in the world in TripAdvisor’s Traveller’s Choice Awards for 2013.

Click here to take a look at the country’s top 10 beaches, ranked last year by Touring Club Italiano according to tourist appeal and environmental Europe.