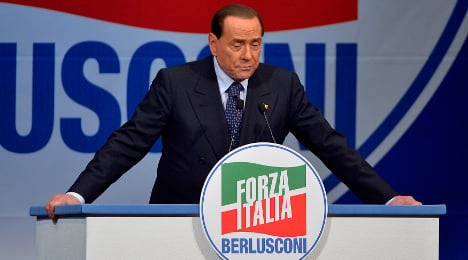 Silvio Berlusconi believes there was an EU plot to oust him from power in 2011. Photo: Andreas Solaro/AFP

The move comes two weeks after Tim Geithner, former US treasury secretary, in a new book accused EU officials of asking for help to kick Berlusconi out of office in 2011.

At the height of the economic crisis Geithner claims he was approached by European officials, who wanted the US to refuse backing a financial rescue package for Italy without the then prime minister’s resignation.

The accusations against the EU were supported by Berlusconi, who earlier this month said he always knew there was a plot against him.

An MP for his Forza Italia party, Michaela Biancofiore, has since filed an official complaint urging investigators to probe the alleged “attack against the constitutional authorities of the Italian state.”