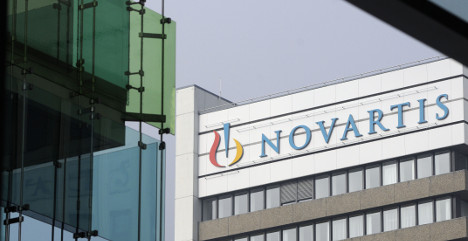 Italy is seeking €1.2 billion in compensation from Novartis and Roche. Photo: Sebastien Bozon/AFP

The ministry's move came after Italy's antitrust body fined the two firms €182.5 million over their "illicit deal to prevent the use of a very cheap drug, Avastin, in treating" sight problems.

The antitrust body said the two pharma giants had colluded with the aim of boosting the sales of a more expensive product, Lucentis. It also claimed that they steered health services and doctors away from Avastin by describing it as more dangerous.

Both Roche and Novartis market Lucentis as the best medicine for the eye disease known as macular degeneration.

Novartis has rejected the anti-competition accusations and has said it would appeal against the fine.