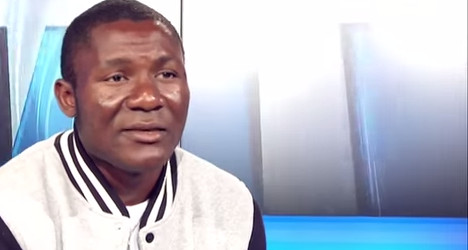 An investigation was launched earlier this year after Cameroon-born Joseph Minala was accused of lying about his age in order to qualify for the youth team.

The African website senego.net reported that Minala was 42 and had doctored his passport, an accusation which saw him questioned by the league’s federal prosecutor.

The Italian Football Association said in a statement on Wednesday that the investigation is closed and “there are no doubts about his age. He is 17.”

When the accusations were made, Minala took to Twitter, saying: “Envy is the weakness of man, and those with a poor soul hurt others when you are in Serie A. Love you! Forza Lazio.'

Minala continued to play during the investigation, making a Serie A debut against Sampdoria in April.