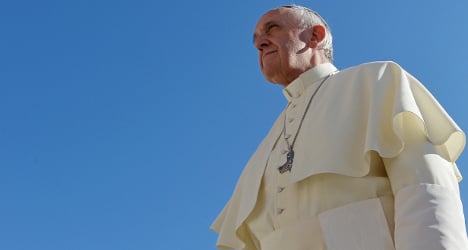 A source said the new appointments were part of a bid by Francis to get rid of the "old guard". Photo: Alberto Pizzoli/AFP

Juan Zarate from the Centre for Strategic and International Studies, who was Bush's deputy national security adviser for counter-terrorism, will now have to enforce transparency rules for scandal-hit Vatican finances.

The three others chosen are Italian manager Maria Farina, Swiss financial consultant Marc Odendall and Joseph Pillay, who helped build up Singapore's economy as a top civil servant and businessman, the Vatican said in a statement.

Five Italian members of the body who were appointed by the pope's predecessor, Benedict XVI, were also dismissed.

A source told Vatican affairs news agency I.MEDIA that this was part of a bid by Francis to get rid of the "old guard".

Vatican finances have been hit by a series of scandals in recent years and two former directors of the Vatican bank, officially known as the Institute for Religious Works, are facing trial in Italy for money laundering.

Benedict XVI and Francis have instituted a series of major reforms to clean up the bank and promote greater transparency in a bid to align the Vatican with international financial norms.