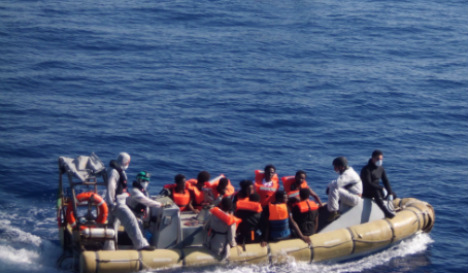 The migrants and asylum seekers were plucked from three boats some 40 miles (74 kilometres) off the coast of the Italian island of Lampedusa, the coast guard said.

The rescue came a day after the Italian navy picked up another 2,500 asylum-seekers from 17 boats, as good weather conditions in the Mediterranean further boost the influx of migrants desperate to reach Europe.

Most of the migrants and asylum seekers arriving in Italy come from Eritrea or Syria and are departing from Libya. Many also come from impoverished parts of sub-Saharan Africa.

Thousands have died in tragedies at sea in recent years because they often cross in rickety fishing boats that are badly overcrowded to maximise profits for traffickers.