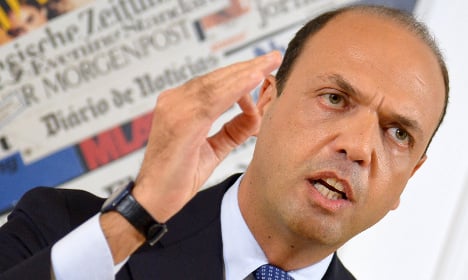 The ruling party headquarters in Florence, the former home of Prime Minister Matteo Renzi, was hit with a homemade bomb in the early hours of Tuesday morning.

No-one was injured in the attack, which happened outside at the back of the PD headquarters.

Responding to the news Alfano, leader of the New Centre-Right (NCD) party, said it was “a serious act of intimidation” against the centre-left party.

“Acts of intimidation are uncivil and against every democratic principle, and constitute a risk to public safety,” the interior minister was quoted in Il Messaggero as saying.

Such acts “represent a response of those who do not know how to speak, who strike out and hide themselves,” Alfano said.

No-one has yet claimed responsibility for the Florence bombing.