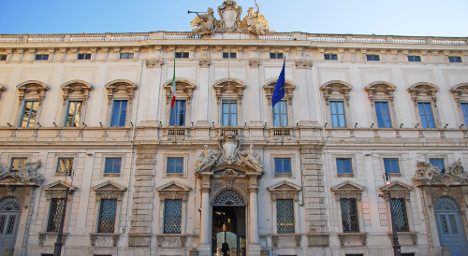 After a five-year legal battle, Alessandra Bernaroli, a transsexual woman from Bologna, was on Wednesday granted the right to remain married to her wife by Italy’s Constitutional Court.

The marriage had originally been annulled in accordance with Italian law in 2009 after Bernaroli, formerly Alessandro, changed her name to Alessandra.

Since then the couple, who married in 2005 and have been together for 19 years, have seen their case shunted between Italy's courts, a situation which they describe as “living in limbo”.

A court initially ruled in the couple’s favour but this was overturned in an appeal’s court.

The couple then took their case to the Court of Cassation, Italy’s highest court, which then referred the case to the Constitutional Court.

On Wednesday the couple's long legal battle was finally brought to an end when the court declared the annulment of the marriage to be “illegitimate” and that the marriage could in fact be maintained through “other forms of registered partnership”.

“This is a great joy and a great satisfaction. It’s like spreading your wings after five years of battles pursued with my wife and a handful of lawyers,” Bernaroli was quoted as saying by La Stampa.

“Finally something significant has happened. And once again it’s a way to advance the discussion of transsexual rights, like the ruling of the Constitutional Court in 1985, which allowed the possibility of changing sex and then marrying a person of a different sex.

“Ours, on the other hand, was the first case that occurred of a couple in which one of the spouses changed sex after the marriage.”

Bernaroli also hailed the ruling as an important ruling for gay rights in Italy.

“If this is a trigger for what already exists in many countries of the European Union, so much the better, and it will always have been thanks to something born out of transsexualism.”