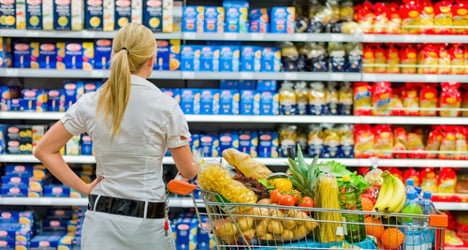 The woman told supermarket staff she was too broke to pay for her shopping. Supermarket photo: Shutterstock

The woman took her food shopping to the till at the supermarket in Nicolosi, at the foot of Mount Etna, only to tell staff that she was too broke to pay for it.

The checkout staff decided to stop the woman and phone the police, Giornale di Sicilia reported.

When the officer arrived the woman explained to him that she had been unemployed for a year and, as a result, was struggling to provide for her family of four.

Rather than arrest her, the policeman took pity on the woman and paid her shopping bill of less than €20.

Despite signs of improvement in the Italian economy, unemployment hit 13.6 percent in the first quarter of 2014.

Overall supermarket spending has dropped to 1981 levels, as Italians try to save cash by adopting a more budget-conscious diet. According to a report published in March spending on fish fell 20 percent last year, while Italians were also spending less on pasta and extra virgin olive oil.