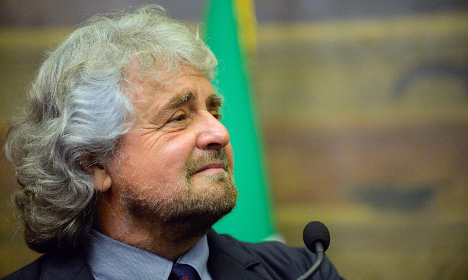 Writing on his blog – which was the foundation for his political party – Grillo said he was willing to talk to Renzi about overhauling Italy’s electoral law.

“If Renzi deems that the law could be the basis for a communal discussion, the result of which will have to be ratified by M5S members, Renzi should come knocking. The M5S will respond,” Grillo wrote on Sunday.

Italy’s current electoral system was deemed unconstitutional by the country’s courts in December, prompting the premier to be tasked with creating a new law.

At the start of the year, Renzi discussed the reform with Silvio Berlusconi, the leader of the third largest party, Forza Italia, who himself is currently banned from being a candidate in elections due to a tax fraud conviction.

Despite being head of the country’s second-largest party, behind Renzi’s Democratic Party (PD), Grillo has however refused to come to the negotiating table.

Since winning a quarter of the vote in February 2013's national elections, Grillo has until now adopted a strong anti-establishment stance. He won popular support by rejecting the political establishment, refusing to form a government coalition with the PD last year and instead has led a diverse group of MPs united by protest.

But the results of last month’s European Parliament elections showed support for the M5S to be waning, with Grillo’s party winning 21.15 percent of the vote against Renzi’s 40.8 percent.

Even his own spin doctor has suggested he change tack, suggesting Grillo shout less and smile more.