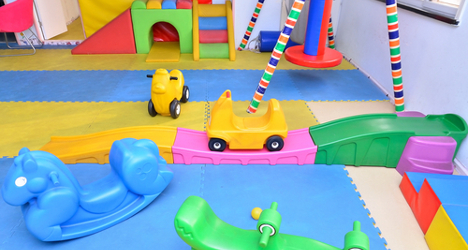 The boy started attending the private summer school last week, returning for his second day only for his parents to be told that he was too “difficult to manage”, La Repubblica reported on Tuesday.

“[The manager] said that they were very sorry, but he couldn’t attend, he was difficult to manage and they didn’t have the personnel to dedicate” to looking after him, the boy’s father Andrea wrote on Facebook.

The father said he was willing to pay for a tutor to help his son at the centre, only for the offer to be rejected, the newspaper said.

After posting his account of what had happened on Facebook, attracting widespread support, Andrea was reportedly approached by local politicians.

Valerio Barletta, president of Rome’s XIX municipality where the family live, invited them to an event to meet Mayor Ignazio Marino.

“We proposed enrolling his son, for free, in a state sports centre, where he will be welcomed from tomorrow, together with other children,” Barletta was quoted as saying.

Erica Battaglia, president of Rome’s commission for social and health policies, welcomed the news and said she was “proud” of the way the city administration had responded.

In March, an entire class in Norway planned a trip to Gran Canaria, without inviting their 18-year-old classmate with Down’s Syndrome. It was not until the story hit national news, provoking outrage across the country, that the woman was invited on the trip.

READ MORE: Down’s student’s class went to Canaries without her

In Spain last year, management at a hotel refused a booking for a group of children with Down’s syndrome, saying that "these kinds of people might annoy other guests". The hotel was taken to court and accused of discrimination, after it told a travel agent "we do not admit groups of guests with mental disabilities.”