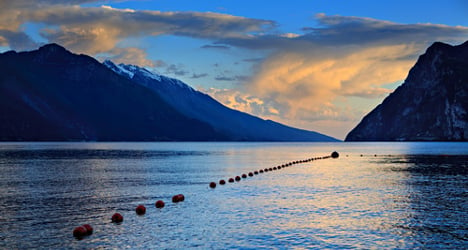 A witness came forward to say he had seen the woman's boyfriend dumping a plastic crate in the lake. Lake Garda photo: Shutterstock

The 43-year-old actress, who went by the stage name Ginevra Hollander, was found squashed into a plastic crate at the bottom of the lake, according to Italian media reports.

Hollander – whose real name was Federica Giacomini – was identified by her right hand, which had been missing the tip of a finger since she was young. She had suffered severe head injuries.

Franco Mossini was convicted in 1978 of shooting dead the suspected lover of his ex-wife, and has spent his life in and out of psychiatric wards.

In February, shortly after Giacomini disappeared, Mossini was placed back in psychiatric care after turning up in Vicenza hospital dressed in a Rambo costume and wielding a toy gun, the reports said.

A witness later came forward to say he had seen Giacomini dumping the plastic crate in the lake.

According to the Corriere della Sera and Repubblica dailies, the 55-year-old was fixated with American serial killer Ted Bundy.

Bundy, who confessed to 30 murders carried out between 1974 and 1978, removed the front seat of his car in order better to manoeuver the bodies of his victims in and out of the vehicle.

Italian police found that Giacomini had also taken out his front seat, replacing it with a folding chair which was spotted with blood, the reports said.