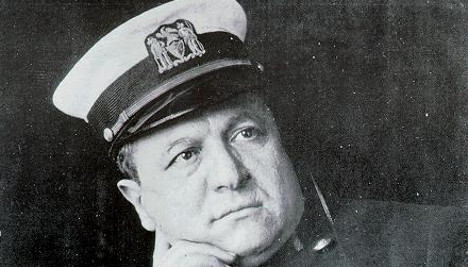 Joe Petrosino was shot dead in Palermo in 1909. Photo: NYPD/Wikipedia

Giuseppe "Joe" Petrosino, an acclaimed New York mafia investigator who had travelled to Palermo to work on a high-profile investigation, was shot dead in Palermo’s Piazza Marina on March 12th 1909 while waiting to meet someone who claimed to be an informant.

He was the first policeman to be killed in Palermo. His death came after details of the investigation were leaked to The New York Herald newspaper and within weeks of his arrival in the city.

Among the 91 mafia suspects arrested was 29-year-old Domenico Palazzotto, who was caught on a wiretap telling friends that his father’s uncle, Paolo Palazzotto, was responsible for the murder, La Repubblica reported.

“He murdered the first police officer to be killed in Palermo,” Palazzotto was heard saying. “He killed Joe Petrosino.”

He said his father's uncle killed Petrosino on behalf of Vito Cascio Ferro, a boss of Sicily’s Cosa Nostra who also had dealings in America.

Palazzotto was arrested for the murder but was later acquitted, along with Ferro.

The arrests on Monday, which formed part of an  operation called Apocalypse, were made for a range of crimes including extortion, money laundering and drug trafficking.

Petrosino was born in Padula, a village near the southern Italian city of Salerno, in 1860. His family emigrated to America in 1873, and he joined the New York Police Department (NYPD) in 1883.

He decided to go to Palermo in February 1909 despite the danger, because he believed the Sicilian mafia would not kill a police officer, as was the case in America.