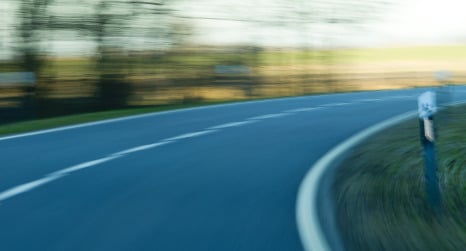 The boy was hit while walking across a pedestrian crossing in Ponte Nuovo with his mother, La Repubblica reported.

He was dragged for 80 metres along the same street as the family home, the newspaper said, and died later in hospital.

According to eyewitnesses, the car was a dark Mercedes with foreign number plates.

The boy’s grandfather was quoted on Sky TV as saying that despite attempts by his son to stop the car, believed to have been driven by a man, it sped away.

“Surely he realised he hit a child,” the grandfather said.

Two children are among the 47 people to have been killed so far this year by hit-and-run drivers, while 32 were injured, according to figures from Asaps, the Italian police and citizens association.