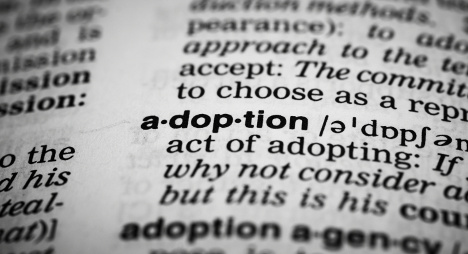 Children are often kept waiting for years before being adopted, the group said in its seventh report on The Rights of Children and Adolescents in Italy.

Out of the 1,900 waiting to be adopted, 59 percent are living in children’s homes while 41 percent are in foster care. More than half have been without a family for more than two years, the report said.

The number of children put up for adoption in Italy rose by 11.4 percent in 2012, while there was a 4.5 percent increase in the number of couples who registered to adopt.

Meanwhile, Italy in 2012 retained the second highest position in the world, after the United States, for international adoptions, with 3,106 foreign children adopted by Italian couples that year.

The rise in the number of couples seeking to adopt from abroad has mainly been spurred by the restrictive adoption process in Italy.

Apart from undergoing a strict assessment like in other countries, Italy also requires couples wanting to adopt to be married, or living together, for at least three years.

There are also restrictions on the age difference between the couple and child they wish to adopt, while adoption by gay couples and single parents is banned.

Still, Italian couples adopting from abroad have also had their share of challenges. Twenty-four couples waited nine months before being able to bring their adopted Congolese children home after the process was blocked by authorities in Congo.

The children were finally brought to Italy in May on a government plane.