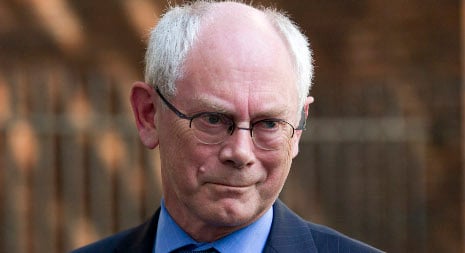 In a letter to European Council President Herman Van Rompuy, who has prioritised job growth in his latest strategy report, Italy said “the time has come to rethink strategy”, the Italian news agency ANSA reported.

Italy urged the EU to “change its political and economic agenda in order to boost jobs and growth” and called on the European Commission’s new president to be “bold and innovative” with ""respect for EU rules but capable of thinking outside the box”,  ANSA reported.

The letter comes a week ahead of Italy taking over the presidency of the Council of the EU.

Van Rompuy will present his EU strategy report at a summit in Brussels later this week. After years of austerity, he has prioritized growth, especially when it comes to creating jobs and fighting youth unemployment, according to a draft statement of the report on Monday.

Establishing a common policy on migration, and managing emergency situations as a community, is also on the agenda.

More than 50,000 people have arrived on Italy’s shores since the start of the year, equalling the total number for all of 2013, according to figures from the Italian government. Some 2,200 have arrived in nearby Malta.

Energy efficiency is also an area of concern for the EU, with Van Rompuy calling on the union to come up with better policies for reducing waste and investing in green and renewable energy sources.